“Many people do not agree with me, they are wrong.
The unerring jury history of written long after both of us are dead, will prove me correct.”
American General George S Patton in a letter to his son George on D-Day.

History (Real History, not the “official bull shit), HAS PROVED PATTON RIGHT!
Those who called him CRASY, were CRASY & DEAD WRONG!

FDR was already dead, but the rest of the treasonous ass holes did not even attend Patton’s funeral.
Guilty conscious?

It is either that or Americans must admit they have been sold out to the Ratschilds red Russian Communism/zionism for shekel chump change and a warmer place to sleep by ass holes then written into history as “patriots” and “winners”.

George Patton in the 1930s, being stationed in Hawaii, seeing the way FDR was making war on Japan with economic “sanctions”, wrote a paper warning the brass in the years ahead, in light of FDR’s backing them into a corner, Japan would attack at Pearl.

He told them how it would be done, and he was correct in most of his predictions of how the Japanese would attack.

The Brass locked his paper away and called him crazy!

During World War 2, Patton kept trying to end the war fast, save lives.

From FDR on down including most of the top USA generals, they did everything they could to stop Patton Kicking A$$, except when their own incompetence Was getting their asses kicked, they needed George to save them from their bumblingly playing soldier while sacrificing tens of thousands of American men on the alter of their ambitions.

If Ike, (and I think the orders were from much higher than No Combat Coward Ike), had not taken Patton’s supplies away to give them to British field marshal Go Slow & Get a Lot Of Men Killed Monty, the War in Europe would have been over by September 1944.

This means ALL PEOPLE, on ALL SIDES, KILLED in WW 2, After September 1944, did not have to die.

One could say they were murdered by USA & other countries political whores, “generals”, on the Alter of either their Mass Stupidity, or Mass Treason to their respective peoples.
There would NEVER have been the Cold War which cost Americans many of their God Given Rights Natural Rights & Freedoms their countries future.
Look around you at the Shit Hole they have made of this Land!

George would not betray Americans, so the USA & their Bestist Buttie russia murdered him to shut him up!

Also Ike & Bunch were afraid he would run for president despite Patton’s loathing of politics and politicians.
If he had run, he would have won.
He was that popular with the American people despite the picture the USA has tried to paint of him as a crasy bumbling out of control idiot.

He also Objected to giving the Mass Murderer Stalin 3 million people who Stalin would execute as soon as they reached Russia, or work them to death in slave labor campos which made the Germans work camps look like the Hotel del Coronado.

Well over a Million German POWs MURDERED INTENTIONALLY BY USA with IKE RUNNING THE DEATH CAMPS! 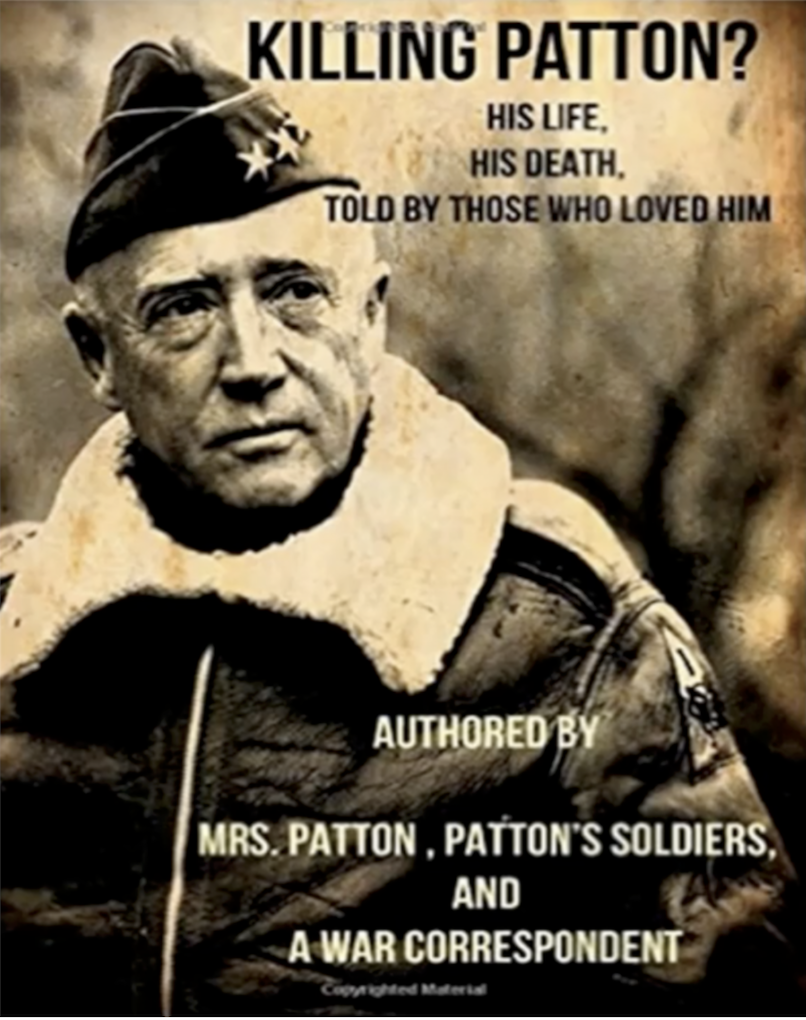 Be hard to find a copy of this.
I have one, but the only one I found avlible.
Books which tell the truth of DC’s Evil & Crimes are not reprinted for some reason.

The link below is to a self published, (no one wanted to touch it) book written by a damned good man worked Intelligence under Patton.
Also out of print and almost impossible to find.
I have one, but you probably will not find one so I will post a link where the mans son has made the book available on line for reading purposes.

Another VERY well researched and documented book on there USA & Bestist Buttie Russia Murdering General George S Patton for not selling America out to the red Russians Rats like FDR, Ike, Bradly, Smith, Wild Bill Donavan and a. whole passenger train of others did.