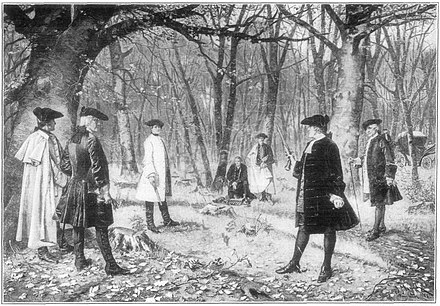 Cousin Burr, Vice President who shot and killed the treasonous Usury Empire builder, Father of the “Elastic clause” in the interpretation of the constitution, Alexander Hamilton, in a duel, doing America a HUGE favor.
Cousin George Washington should have done it himself.

Baker Barton, Texas Rangers, Died in a hand to hand fight with Comanches on the Neuces Strip, Texas 1851.

General George S Patton, murdered by Russia and DC because he WAS an American, and would not sell America out.

My 3ed great grandfather, Lewis Carleton, who was a winter soldier, with Cousin George Washington, American, at Valley forge, crossed the Delaware with George, to attack Trenton.

Randolph Carleton, Great Uncle, CSA.
(Great great Grandmother mourned him the rest of her life, not knowing where, when, how he died, or if he even got a burial, same as many a young Southern boy and grieving mother).

And their women!
Takes a Real Woman, to hang with a real man!

Told my wife many times, when she is praying, she should say one for Mary Magellan, cause putting up with my butt, should give her an idea what Mary went through.
Cause Jesus the Christ was no bargain to put up with and grieve for afterwards.
He was right of course, but that did not make it easier for Mary, neither the constant trying to save the sheep from themselves he did, or the grieving when the unrepentant ungrateful curs murdered him, then wrote him into their nightmare.

Always told my wife I was the most truthful Carleton I knew of, and I would own up, any woman married a Carleton and stuck with him deserved a damn medal.
So a few Christmas back, I had a jeweler melt some gold coins and custom make her a pendant, gold star with in graved highlights.

Presented it to her in front of the Christmas tree, in front of everyone, for going way beyond the call of duty by hanging with my windmill tilting Military ass all these years.

I am sure i forgot some Real Americans from my clan.

Not all that Clan, was in the big houses, the Scotts Irish souls who went out into the wilderness to get away from the “polite society”, which wanted to tax, own and use them as a beast of war and burden, the poor people without shoes in the summertime, because they could not afford them, these people have come to save the uptight ass holes of Americans polite society, again and again, war in, war out.

Like my great great grandmother, second cousin to George Washington, Washing cloths, cooking about all they had, sweet potatoes in coals in an outside fire in the frontier of Washington County Arkansas, with my great grandmother, while ones sons, and the other’s husband, was away in the Army, trying to defend them from the evil of the invading gang raping mass murdering USA Army.

This gentile woman, with a back of steel, raked sweet potatoes out of the fire, got more raw ones, to give to starving Southern soldiers marching in a hurry to try to get to a upcoming battle, to defend them.

Leaving themselves hungry, so these their defenders, could eat a bit before battle, from which many would not return!

Building grand things.
Welcoming all who came to live with them, as long as the newcomers accepted, did not try to change their world.

My wife is of Scotts Irish-Cherokee Kentucky hillbillies on her fathers side, and Basque via Mexico, with more mixing with Native Americans on the way, across the Rio Grande when Poncho Villa murdered as many of their family as he could.

These are the REAL back bone of America, always has been, always will be, until the dream of America is no more!

God Bless each and everyone of them who stood against the evil between theirs and that evil, with a weapon.

Be that weapon fingernails, bared teeth, club, a rifle, or the Sword of Truth!