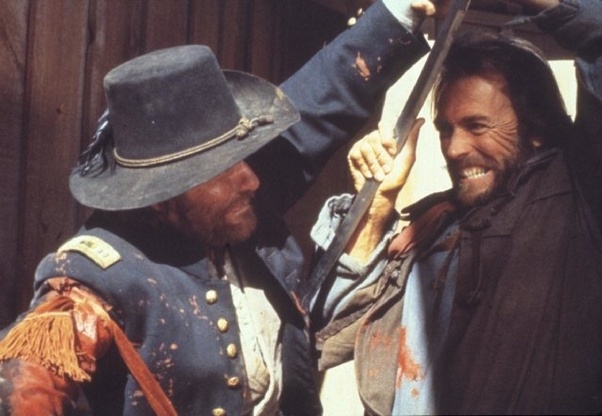 This is an answer to this question, by an internet friend.
Bevin lived in Texas for a while, knows more about Southern history and culture than ,most Southerners.

Well worth a read.

Malaysia did not “grant Singapore its independence”. It forcibly ejected Singapore from Malaysia against its wishes.

You would do well to learn a little history before passing judgment on foreign nations you clearly know nothing about.

As to “Why can’t China do the same for Hong Kong, Taiwan, Tibet and East Turkestan [sic!]?”, the simplest response is

“Why couldn’t the US do the same for North Carolina, South Carolina, Georgia, Mississippi, Louisiana, Alabama, Texas, Florida, Virginia, Tennessee, Arkansas, Kentucky and Missouri when they courageously fought for their independence from the United States of America in 1861? Why instead did it insist on causing the deaths of 260,000 human beings who no longer wanted to be part of the USA?”

“Why won’t the US do the same for Hawaii, Texas, Alaska and other states with independence movements today?”

All of these political entities have a vastly more plausible case for independence from the USA than the regions of China you listed, because unlike them, they are not provinces (administrative regions of a unitary state), but sovereign states in their own right.

When Thomas Jefferson referred to “my country” he meant Virginia, not the “USA”.

The first big lie, which is universally believed, is that Lincoln, dubbed the “Great Emancipator” by his cult of worshippers, went to war in order to free slaves. The abhorrence of racial injustice and the desire to abolish slavery played no role in the Union’s determination to strangle the Confederacy in its cradle. What did? One factor was Lincoln’s determination to preserve the Union at any cost – including the lives of hundreds of thousands of people. In 1862, Lincoln wrote to Horace Greeley (the leading Northern newspaperman of the day): “My paramount object in this struggle is to save the Union, and it is not either to save or destroy slavery. If I could save the Union without freeing any slave, I would do it.”

Similarly, in 1861 Congress resolved that the purpose of the war was not “[to interfere] with the rights or established institutions of those states,” but to preserve the Union “with the rights of the several states unimpaired.” On the day that hostilities commenced at Fort Sumter (12 April 1861), only the seven states of the Deep South had seceded, there were more slaves within the Union than outside it and Lincoln hadn’t the slightest intention to free any of them. Alexis de Tocqueville’s observation in Democracy in America (1835-40) remained true: “The prejudice of race appears to be stronger in the states that have abolished slavery than in those where it still exists.”

Another factor that motivated war was the Republican Party’s lust (which, with few and brief exceptions, it has retained to the present day) to tax and spend. The North waged war against the South in order to regain the federal tax revenue that would be lost if the Southern states seceded peacefully.

Republicans were then, and remain today, a Party of Big Government. In Lincoln’s time, Republicans championed a high (i.e., protectionist) tariff. They used the proceeds – which were laundered through roads, canals, railways, etc. – to dispense lavish corporate welfare to their backers. To Republicans, the fact that tariffs, corporate welfare and the like favoured an anointed few (whose residences, factories, etc., were overwhelmingly in the North) and punished a benighted many (Southerners were mostly “outs” rather than “ins”) was inconsequential. What was essential, however, was that consumers, Southern as well as Northern, subsidise Republicans’ wealthy backers. Southerners’ unwillingness to subjugate themselves to Republicans ultimately drove them to secede.

In Lincoln’s view, only by keeping the Union intact – by force of arms if necessary – could Republicans’ lust to tax, dispense largesse and build an empire be sated. In his First Inaugural Address (4 March 1861), Lincoln threatened to invade any state that failed to collect federal “duties and imposts.” On 19 April, he rationalised his order to blockade Southern ports on the grounds that “the collection of the revenue cannot be effectually executed” in the states that had seceded.

SIX BIG LIES ABOUT ABRAHAM LINCOLN, THE SLAVES AND THE WAR
1.1k views · View 21 Upvoters · View Sharers
View 15 other answers to this question
About the Author