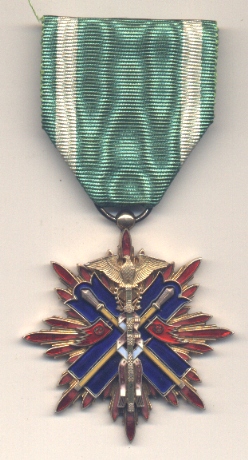 Sometimes i hang out a bit at a coin/stamp shop, owned and run by a Viet Nam Vet.
We tell stupid officer stories and such.

Other day, a guy probably in his thirties, or early forties, walked in near closing time, he had some military medals, he was trying to sell.
The shop owner does not deal in such, and was not interested.
The man did not want to leave, without some money.
He appeared to be down and out, and kept telling the shop keeper to make him and offer, which the shop keeper did not.

Feeling sorry for him, i told him i would give him twenty dollars.
He grabbed the 20 and handed me the sandwich bag of medals.

After looking at them, it reminded me, i wanted to do such a short article as this already.

i will get back to the medals, the story they tell, in a bit.
But first, some examples, of politicians, starting wars which did not need to happen, staying safe, while sending others to kill and to die, for THEIR cause, Not the warriors cause, the Political Whores Cause, be that power, money, hate, greed, perverse lust.

My Great Grandfather, as during the Late War by the USA, of Aggression, Robbery, Rape, Arson and Murder, against the American Souls, serves first as a common soldier, then as a Confederate Chaplain, when the Confederacy added that post.
Therefore, i studied the religious aspects of that war, most never even think to look at.

i have read the prayers, the zionist yankee puritans, said over their troops, sending them off to invade, rob, rape, burn, murder, and them occupy the American Homeland.
There was none of the love or compassion of God in them.
They were bloodthirsty, Southerners are sinners, and you will be doing the world a favor, to wipe them out, man, women, child and beast of field!

i read of one Confederate Chaplain, who was wiser than most.
He cautioned his fellow chaplains, to not promise the Confederate Soldiers, God was on their side, and victory was assured, as he believed, God had nothing to do with making this mess, Americans had made this mess, and were going to have to sort it out, without bothering God about it.

i will recall for you, a story which appeared in the Readers Digest, sometime between the late 1940s, and early 1960s.

My older brother, had read the story when a boy, told me about it.
When the idea of this piece started coming together, i had him refresh my memory.

During World War Two, a Sub Chaser Captain, USA, went one night, to a bar in France, which was off limits to military, in a section of town, the military was supposed to avoid.

If you have ever been in the military, in foreign countries, or even in America there are places which are off limits to military personnel.
i myself, with another Seabee, got jacked up by two of the biggest Marine MPs, i ever did see, for being in Snake Alley, in a city in South Korea.
One of the few times i got caught!

A Sub Chaser, was a 100 plus foot wooden boat, which hunted subs and dropped depth charges on subs.

This Captain, not paying too much attention to rule he saw no reason for, and liking this bar, because it was homey and quite, put on civvies and snuck in once more.

This night, as he was coming in, so was another man in civilian attire.

The other man said his name was Charles.

Soon, they admitted to each other, they were military officers, neither of which, was supposed to be in this part of town, or this bar.

Which did not bother either of them too much.

Somewhere along the line, the American captain, got suspicious, and called the man Karl, which is German for Charles.

He wrote, he could see in the other mans eyes, he had hit the mark.

He admitted, he was the captain of a German U Boat, operating in this sector.

The two, both being where they had no business being, put their heads to gather, and started comparing notes.

They discovered, they were the same type, and quality of men.

Both were intelligent, well educated, men of morals, family men, with wives and children, spiritual beliefs basically the same.

Stand up men, who were sent to war to kill the other side, for reasons they themselves did not necessarily agree with.

They talked shop, they showed each other pictures of their parents, siblings, wives and kids.

They shared amusing and touching stories of growing up.

Two men, who had they met on a side walk cafe somewhere, in peace time, would have probably developed into life long friends.

But this was war time, and politicians told them they were enemies, and it was the duty of each, to kill the other.

When the bar closed, the American officer said to the German officer:
Charles, you be careful out there!
It would cause me grief, to think i had sent you and your men to the bottom!

Karl grinned back at him as they shook hands, said:
Don’t worry, your not going to catch me!

And the next day, two friends, two Warriors, two Brothers in Arms, separated by cowards and liars, went back, to trying to kill each other, because politicians, who will NEVER fight and die themselves, say others MUST!

My wife has a life long friend.
Both their fathers were retired military.
They grew up one street from each other, started school the same day, same class.
Graduated high school together.
Had babies same time.
complained to each other about their husbands.

The friend is half Japanese.
Her father, was occupation troops of Japan.

After their total defeat, a large part of the Japanese young men, slaughtered in a war, getting a Japanese girlfriend, as an occupying soldier was easy.

Promise to marry them, take them out of the horror of Post war Japan.

He became engaged, to a young Japanese women.

The Korean war broke out, his outfit, went into the unprepared USA meat grinder of Korea.

When they left Korea, they shipped Stateside, USA.

Back in those days, it was not easy, for an enlisted man in the USA military, to bring a foreign women home, especially Japanese, as feelings were still strong from World War Two, on Both Sides.

But he loved her, and he was a good soldier, with a good war time record, so he got permission.

When he returned to Japan, to get his to be wife, all the other girls had babies with American service men, some of them, others just “engaged”, came asking him, wondering where their men were

He had to tell them, none of the boys were coming back for them.

Her father, had been a Japanese Soldier.

She told my wife and i, all this because my wife asked how her and her then deceased husband had met.

Her father, had such bitter feelings from the war, he would not see his daughter, who both knew this was the last time they would see each other in this life, to the train station, because she was marrying an American Soldier.

At the same time, he told her, he must be a good man, because he came back for you.

She told how her father, who had fought in China, told her what they had done there, (not in detail i am sure), and cried as he told her, not at the battle/killing of Chinese soldiers, but what the Japanese had done to the Chinese civilians.

He did what Politicians, Custom, Patriotism, told him he had to do, but the human inside him, was very ashamed of what the soldier did, and saw.

The medals i bought last week.

World War Two, American Defense Medal, (America not being a big concern of WASHINGTON DC nowadays, i got a National Defense Metal for doing one of their wars).

Meritorious award of the Order of The Rising Sun, given to soldiers who went well beyond what was required of them, taking care of their men and such.

Award of the Order of The Golden Kite, fourth class, lower to mid range officer.
For Bravery and leadership in Battle.

An American soldier, killed a Japanese soldier, took his medals as war trophies.

Both are dead now.
Someone, who knows nothing about the awards, does not care, pulled them out of a drawer where they lay forgotten for generations, sold then for enough to get a cheap case of beer, which is probably what he did, from the looks of him.

One killed the other, because politicians, who did not, would not, kill and die themselves, said others must.

Had they met, in peace time, they might have done business together, bought each other a drink, perhaps become friends, perhaps not, but certainly, would not have tried to kill each other.

i believe it is time, to have Leaders who lead!

If the cause be worth myself, my children, my grandchildren, dying, killing for, then it is worth, the ones telling the poor, the working class, they must go, kill, die, endure the horrors of war, to kill and die for!

Again, it must then be worth it for the ones sending the poor to die, to kill, for reasons which are not what they are told, to also fight, to kill, and to die if the Gods of War judge such to be the correct course of events!

It is then, also worth their wives, daughters, sons, grandchildren, killing and dying for.

Anything else, is cowardly hypocrisy, by evil ass holes!

The Nobel’s Must Lead!